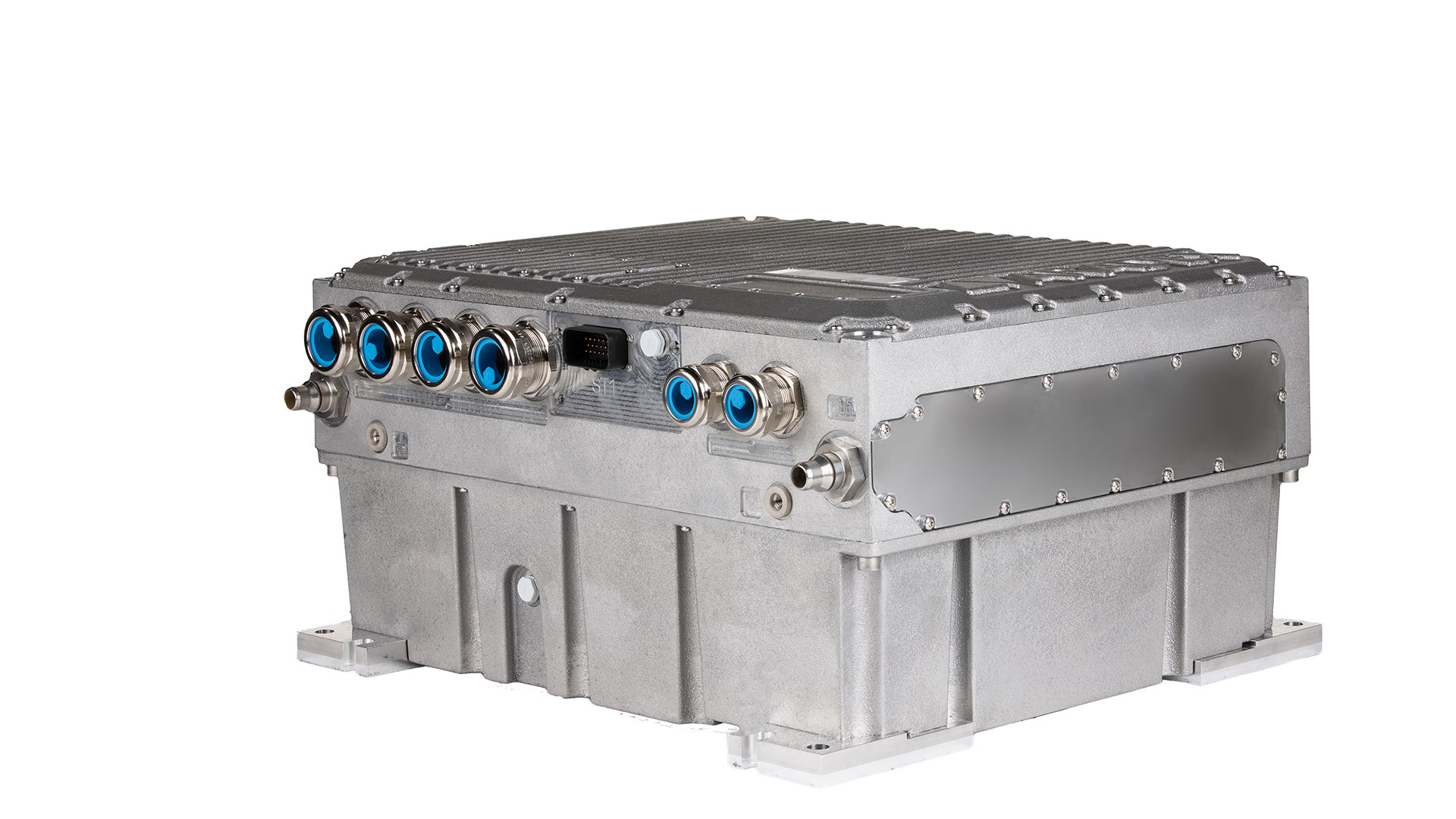 In principle, when choosing the alternative drive technology, there are different options available. In order to achieve maximum efficiency innovative products and optimal coordination of the overall system are required. For this reason, and with the support of the Central Innovation Program for Small and Medium Business (ZIM), ARADEX AG developed the DC/DC converter VP5000-DCDC200-HL. This innovative product optimizes the integration of fuel cells into the drive system.

Chances and challenges of fuel cells

Fuel cells have the potential to play a key role in the mobility of the future. One particular advantage is the high degree of efficiency that can be achieved by means of fuel cell technology. In addition, the energy conversion in the cell does not produce any CO2, which makes it less polluting and more environmentally friendly when it comes to ecological energy production. A fuel cell contains no moving parts, is vibration-free, supports a continuous power output and the hydrogen tank can be replenished comparatively quickly. On the other hand, there are the challenges: fuel cells have a volatile voltage level, which is most efficiently compensated by a precise control technology. In addition, the acquisition costs per kWh are higher than those of a rechargeable battery. Furthermore, the required hydrogen tank has larger space requirements for the same power rating when compared to the battery technology. From an infrastructural point of view, there are currently more hydrogen filling stations than electricity charging stations, but in comparison with refueling of vehicles with internal combustion engines, hydrogen filling stations still have a long way to catch up.

Integration of fuel cells in the drive system

With a power output that is as constant as possible, the service life of fuel cells can be extended considerably. If, in addition to the fuel cell, a battery is also used in the drive, it makes sense to obtain the average power from the fuel cell and to cover the power peaks via a buffer battery. This principle is also known as the “fuel cell range extender”. For the dimensioning of fuel cell and battery, the desired battery buffer time plays an important role.

An example of this is given by means of an 18-tonne bus: The planned route profile also plays an important role in the choice of battery buffer time. In this example the performance profile was considered for buffer times of 5 (blue), 20 (red) and 60 (black) minutes (see figure). In the example used, power peaks up to 250 kW show that the average power shows a strong dependence on the selected buffer time. The black graph shows the required average power at 18kW. On the basis of this diagram, it becomes clear: the larger the battery buffer, the more constant the power extraction from the fuel cell.

Function of the DC / DC converter

Basically, fuel cells have a lower output voltage than battery blocks and a volatile voltage level. For this reason, a DC / DC converter for compensation of these differences is recommended. This allows the voltage level for the supply to the DC link to be monitored. The DC / DC converter thus regulates the power flow from the fuel cell to the DC link. By using an integrated transformer in the ARADEX DC / DC converter, the challenge of the high voltage ratio between the battery and the fuel cell has been overcome. The requirement for high power density was realized by a clever circuit topology and high-frequency clocking semiconductors. In order to illustrate the efficiency gain by means of a DC / DC converter, we use the example of a system with fuel cell and backup battery but without a DC / DC converter: In this case, the battery voltage would have to be lower than that of the fuel cell – to provide the same performance, but then higher currents are required. Since the power loss increases exponentially due to the resistance to the current, in such a constellation (without DC / DC converter) significantly higher energy losses can be expected. Another aspect is the higher cost of an inverter designed for higher currents.

The coordinated solution from ARADEX 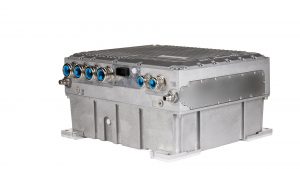